THE CORONAVIRUS AND THE CINEMAS’ CHANGE

The coronavirus, or COVID 19, is a global pandemic and because it has caused and is causing thousands of deaths, governments have imposed restrictive rules to try to contain the spread of the virus itself.

One of the basic rules is not to go to public places, in fact many of them have been closed. Cinemas are supposed to reopen in December 2020.

Film studios, following the closure of cinemas since the beginning of the quarantine due to coronavirus, are suffering losses of up to $15 billion. For this reason, they are trying to find other ways to allow people to watch movies, but at the same time to make money. One of the most quoted ways is to directly broadcast movies on online platforms, before their planned releases, while another way is to postpone them for months.

The Chinese film studios, which were hit in early January, count 60.000 movie theatres across the country and, typically, make up for $2 billion in box office sales. Cinemas, taking into consideration the whole world, shows a 50% drop and, for the whole year, a loss of $ 15 billion. Therefore, it has been  thought either to launch  some films directly to streaming sites, like Lost in Russia, which recorded over 600 million views, or to postpone them, like Disney’s Mulan, whose release has been postponed for 4 months.

The U.S. film studios, which were hit in late March, are looking for ways to still generate revenue despite the situation.  In fact, some of them are already planning several movie releases on streaming platforms, suitable for small and medium-sized ones. Some others, however, have decided to postpone the release of the films until the end of the year, such as the new film No Time to Die, by James Bond, whose release has been postponed for 7 months, and Fast and Furious 9, whose release has been postponed for 11 months. 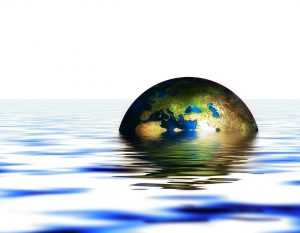